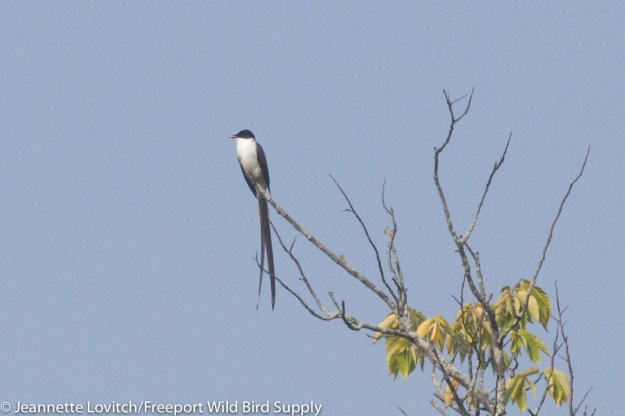 Yup, it’s that time of year again. It’s not just time to celebrate the end of an often-tumultuous 2017, but to also look forward to another year of avian wonders. That means it’s time for my annual Predictions Blog, where I view into my crystal binoculars and attempt to forecast some of the “new” birds to grace the State of Maine, and my own personal state list, in the coming year.

But first, let us check in with my 2017 Predictions post, and see how I did.

An impressive five birds were new to Maine in 2017. Once again, Keenan Yakola and the Seal Island NWR crew struck gold. This time, it was a completely unexpected Gray-tailed Tattler, an Asian species that came from who knows where, that briefly visited on August 14th. Needless to say, it was not anywhere near my predictions list.

A Snowy Plover at Reid State Park on June 13th – that Jeannette and I were lucky enough to see that first evening of its very short visit – was not on my long list, but is much more explainable as there are plenty of East Coast records to our south.

One of the additional contestants for Birds of the Year honors falls to the Cassin’s Vireo that my Monhegan Fall Weekend tour group refound and helped identify on September 30th. Briefly seen the day before, highly suggestive photos piqued our interest. But it wasn’t until Bill Thompson’s stellar photos as our group relocated the bird on the 30th confirm the identity. Or at least, confirm the ID short of a DNA test. I’ve included some of Bill’s photos in my tour report at the blog entry linked here.

This Western species could have occurred in Maine before, but it is extremely challenging to identify out of range. Short of photos as good as Bill’s, truly confirming an  occurrence had kept it off my predictions list.

The other two new birds for Maine, however, were on the list. The Fieldfare (#10 on my list) that was serendipitously discovered on April 19th in Newcastle, as was seen by hundreds of birders through the 23rd.

This distant, phone-scoped photo does not do the bird justice!

Number 15 on my list was Vermillion Flycatcher, which was discovered on April 17th at Hog Island. However, no one could have imagined how first state records would be found in 2017: It was spotted and identified by someone sitting at home watching the Osprey platform webcam!

So I scored two points for correct predictions in 2017, plus one bird (Snowy Plover) that made my honorable mentions list. Two species not on my list – or likely, anyone elses! – were also added this year. Therefore, my predictions for the next 25 species to occur in Maine for 2018 is now:

Meanwhile, I was happy to add five species to my own Maine list this year as well. There were the aforementioned Fieldfare, Cassin’s Vireo, and Snowy Plover. Jeannette and I also caught up with a Magnificent Frigatebird at Pine Point on June 12th, during its all-too-brief visit.  We were quite the sight, dressed in our finest going-out clothes walking the beach with cameras, binoculars, and a scope; we were on our way to dinner in Portland for our anniversary! We called ahead – we were going to be a little late for that reservation.

That’s a heckuva year on its own!  Unfortunately, however, none of those were on my personal Top 25. I did see #7, however, the Fork-tailed Flycatcher at Gilsland Farm on June 16th, the first day of it’s relatively-long (for this notoriously one-day wonder) five or so day stay. See photo at the top.

My Great Skua (#1) nemesis continues, with several weathered-out boat trips out of Bar Harbor. However, I did get out on whale watches on a handful of very productive occasions. The boat of Boothbay Harbor was extremely productive this summer and fall, so I certainly put in the time, and had some truly remarkable pelagic birding in the process. But alas, one distant “unidentified large predatory seabird was the closest I cam to getting this feathered monkey off my back.

Unbelievable, I missed another Say’s Phoebe (#4) on Monhegan – this time by about 2 hours! I also missed two Franklin’s Gulls (#10), both “one minute wonders:” Dyer Point on July 5th and Wharton Point on November 6th. There was also that darn Brown Pelican (honorable mention) that was present at Prout’s Neck June 19-23, when I was leading my WINGS tour and not in southern Maine. Sporadic reports for much of the summer, as it appeared to be moving up and down the coast between Prout’s Neck and Plum Island, MA continued to torment me. Overall though, I have to be quite pleased with the rate of success on my few chases!

So now, my updated list for my own next 25 species in Maine is:

Just missing Maine – or at least missing detection in Maine – was this juvenile Common Shelduck that arrived in New Hampshire in August and stayed around for a few weeks. With increasing reports in the East, it’s only a matter of time before one shows up in Maine, and we begin to consider these of natural, wild origin.