“Coffee Warbler” would be a better name for the Magnolia Warbler due to their affinity, and perhaps even reliance, on shade-grown coffee plantations in winter. 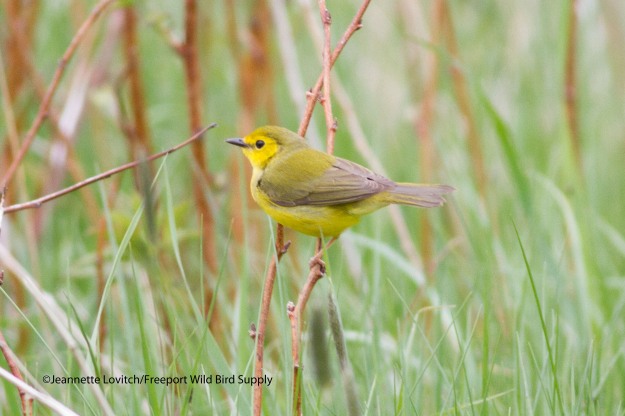 You never know what will show up on Monhegan on Memorial Day weekend, like this female Hooded Warbler.

For a while now, I have been hinting at a big event in the works for Memorial Day Weekend on Monhegan Island. Partnering with Birds & Beans Coffee, Monhegan Brewing, and The Trailing Yew, Freeport Wild Bird Supply is pleased to announce:

We have the “Birds on Tap!” lecture series at Rising Tide in partnership with Dr. Noah Perlut, and the Birds on Tap – Roadtrip! series in conjunction with the Maine Brew Bus, and now, we’re going even bigger with a weekend on the birding Mecca of Monhegan Island!

But now we’re adding coffee to the mix, specifically bird-friendly, shade-grown, organic, and fair-trade certified – not to mention absolutely delicious – Birds & Beans coffee! Roasted right here in Maine, Birds & Beans (available at Freeport Wild Bird Supply and several other retailers around the state) coffee carries the “gold standard” of certification, the “Bird Friendly” label of the Smithsonian Migratory Bird Center. With this level of certification, we can protect the rainforest habitat required for the Neotropical migrants that us birders flock to places like Monhegan Island in spring and fall to see. 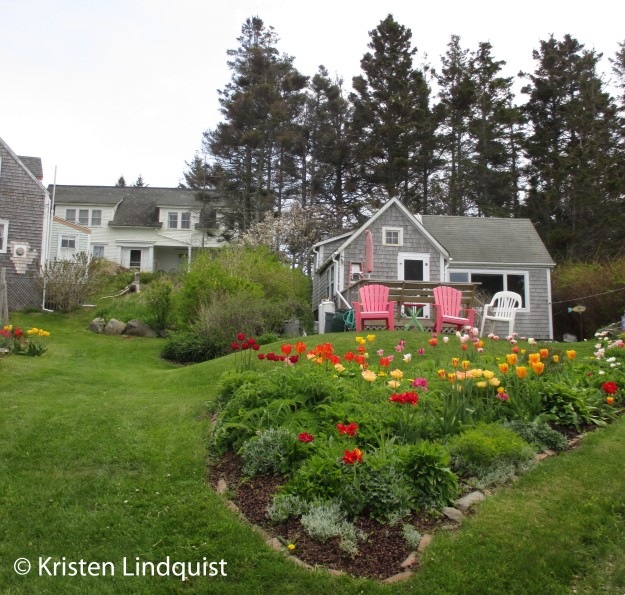 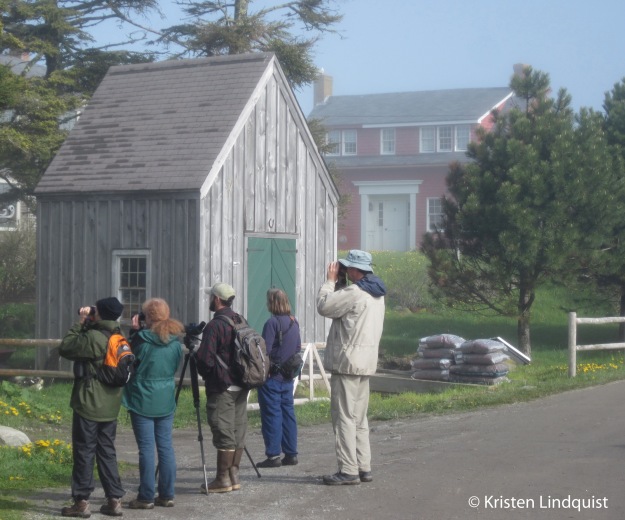 Want to see warblers, vireos, tanagers, and orioles? Well then we really can’t afford to lose more rainforest where these birds spend up to eight months of every year. So this year, while enjoying the migrants that pass over and through Monhegan, we’re going to work to save them. By drinking coffee…and a little beer. 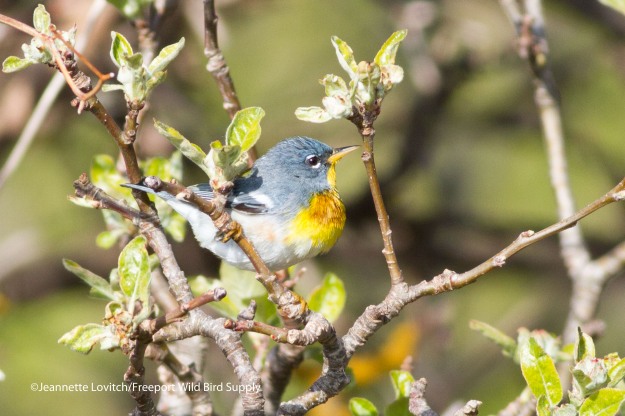 Dr. Stephen Kress will be giving a program titled: “Saving Seabirds: Lessons from Puffins and Terns”. Worldwide, about one third of all seabird species are globally threatened due to human caused threats. A recent study has shown that 70% of all seabirds have vanished in the last 60 years. Now, often at the last hour, there is a bold approach emerging to help some of the most threatened species. Dr. Kress will review how techniques developed on Maine islands have led to the restoration of puffins and terns to historic nesting islands. He will also discuss how these techniques are helping to expand breeding ranges and reduce risks to extinction worldwide while serving as a bellwether to the effects of commercial fishing and climate change. His lecture includes reviews of several inspiring and hopeful seabird restoration projects worldwide. Dr. Kress will also share the recent discovery of the previously unknown winter home for puffins- to an area known as New England’s remarkable ‘coral canyons and seamounts’ off the NE continental shelf. Discovery of the puffin wintering area provides an additional reason to protect this biologically diverse habitat.

Dr. Kress is Vice President for Bird Conservation for the National Audubon Society and Director of Project Puffin and the Hog Island Audubon Camp. His career has focused on developing techniques for managing colonial nesting seabirds. In this role, he manages 13 seabird nesting islands in Maine that are home to more than 42,000 seabirds of 27 species. Each year his program trains about 25 interns; hundreds of professional seabird biologists can trace their first interest in seabirds to Project Puffin. Methods first developed in Maine such as seabird chick translocations and social attraction are now standard practice worldwide. Dr. Kress received his Ph.D. from Cornell University and his Master’s and undergraduate degrees from Ohio State University. In the summer he lives in Bremen and winters in Ithaca, NY with his wife Elissa and daughter Liliana. He is author (with Derrick Jackson of the Boston Globe) of a new autobiography (Project Puffin: the Improbable Quest to Bring a Beloved Seabird Back to Egg Rock). The book tells the inside story of how puffins were brought back to Egg Rock and other Maine islands.

The Trailing Yew will be serving Birds & Beans Coffee for its guests all weekend, and there will be an ample supply available to fuel Sunday Morning. We’ll begin by sipping coffee while observing the “Morning Flight” above the Trailing Yew and keeping an eye on the spruces around the property – often one of the most productive patches on the island at sunrise! After breakfast, local experts will lead a birdwalk to some of the nearby hotspots, departing the Yew at 9:00am and returning around 11:00am.

Memorial Day weekend is prime time to view migrants on their way north, in full breeding garb, and we’ll also be seeking rarities – unusual species from all directions often show up on this weekend; expect the unexpected.

Such as near-annual Summer Tanagers… 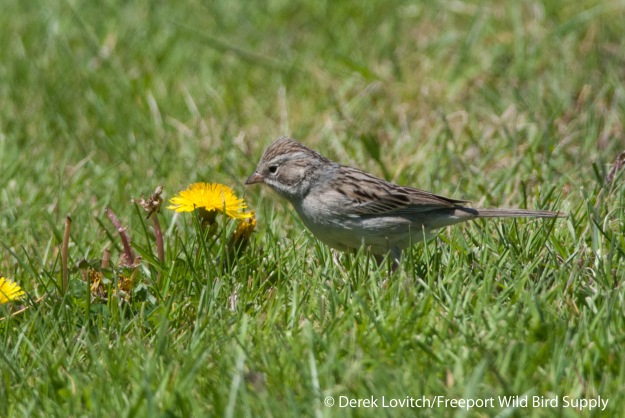 “But wait,” many of you are saying, “you said something about beer!” It is called “Birds on Tap!” afterall, so beer will definitely be at the forefront of this special weekend. But not just any beer, Monhegan Brewing’s fantastic beer! In fact, the event kicks off on Saturday afternoon with an exclusive, limited-edition, small-batch coffee stout brewed with Birds & Beans! “Beer-listers” will want to head out just for this one-time offering, just like birders flock to Monhegan for those once-in-a-lifetime bird sightings! 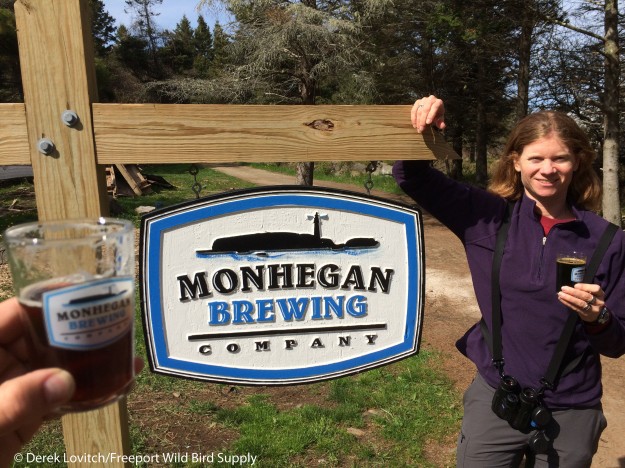 Kenn and Kim will be signing books, birds will be discussed, and beer will be imbibed. And that’s just the kickoff!

This is going to be a one of a kind event, so you’ll want to make your reservations soon. You can join my MonhegZen Birding Weekend Tour for 1, 2, or 3 days (see details on the “Tours, Events, Workshops, and Programs” page of our website) or make your reservations to spend a night on the island (our group, and our guest speakers, will be staying and dining at the Trailing Yew if you would like to join us!) and join us for some of these outstanding events…all of which are completely free (with books and beer available for purchase). Edit (5/12): NOTE: The tour is full, but all of the following events are free and open to the public, with no registration necessary.

You often hear birders on Monhegan exclaim “it doesn’t get any better than this!” Except now, it has! I sincerely hope you’ll join us on the island for this fun-filled weekend, as if you needed more incentive than visiting Maine’s premier migration hoptspot! 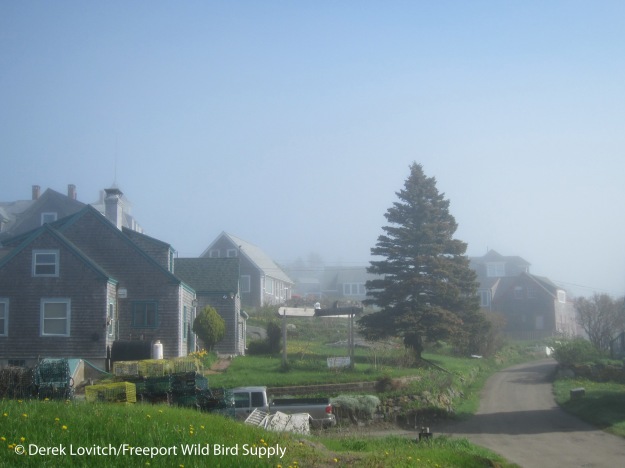 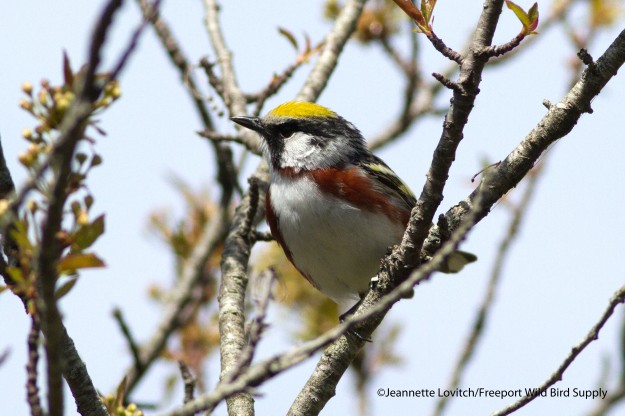