October is my favorite month of birding in Maine. Great diversity, opportunities for observing the thrilling phenomena of migration, an increased chance for rarities, and often-beautiful weather combine to make for exciting times in the field.  I keep my schedule as free as possible for the month to maximize my birding time, and luckily, a current project dictates even more time in the field for me. For the past five days, October birding was at its finest, and my adventures nicely summarized what this glorious month has to offer.

On Friday, I spent the morning exploring 8 preserves of the Harpswell Heritage Land Trust. Six hours and about 5 miles of walking later, I had a better feel for the properties on Harpswell Neck, and their (significant) birding potential. 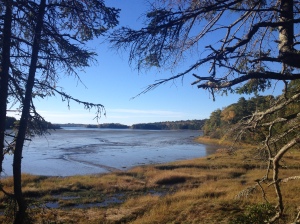 I didn’t find anything out of the ordinary today – best birds were probably the Carolina Wren at Pott’s Point, a Red-bellied Woodpecker at the Skofield Shore Preserve, and a Nelson’s Sparrow at Stover Point – but almost all sites were delightfully birdy. Yellow-rumped Warblers were in abundance (especially at Mitchell Field) and there were plenty of Palm Warblers around (again, especially at Mitchell Field).  Other then a few Blackpoll Warblers, my only other warblers were single Pine at Skofield and a Black-throated Blue at the Curtis Farm Preserve.

Sparrows were widespread, as were Purple Finches and Pine Siskins, Red-breasted Nuthatches, and increasing waterbirds including a few groups of Surf Scoters. Mitchell Field was definitely the hotspot today, with good numbers of all expected migrants, along with migrant Osprey, a Sharp-shinned Hawk, a single Indigo Bunting, 3 Gray Catbirds, and 5 Monarchs.

After several nights with little visible migration (although there’s almost never “no” migration at this time of year!), clear and mostly light westerly conditions overnight Friday into Saturday produced a huge flight. Unfortunately, come dawn, clouds had rolled in and winds immediately shifted the northeast. Combined, the Sandy Point Morning Flight was reduced to a mere dribble totaling 91 birds, led by 36 Yellow-rumped Warblers. I was then shocked by a relatively slow birdwalk (even sparrow numbers were far lower than I would have expected) at Old Town House Park – where did all of the migrants overnight go? A Brown Thrasher was a good bird for here though.

Luckily, Saturday was the anomaly. After another very strong flight overnight, Sunday morning finally featured a light northwesterly wind.  Therefore, I finally got my fix in at Sandy Point, with my largest flight of the season.  9 species of warblers and a few new records highlighted the flight, with the following tally:

Afterwards, I began a quick trek east, visiting a friend in Camden, and having dinner with friends in Bar Harbor. In between, I enjoyed a little casual birding, and the fall foliage. 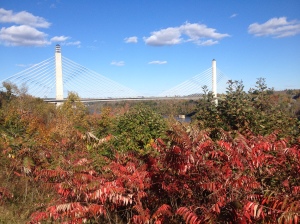 On Sunday, Rich MacDonald and I did a little birding on the western half of Mount Desert Island.  An “interior/bay” subspecies of Nelson’s Sparrow at Back Beach in Tremont was a highlight, as was a nice variety of birds off Seawall Beach, including an unseasonable 148 Laughing Gulls.  20 Red-necked Grebes and about a dozen White-winged Scoters were also present.

At noon, we boarded the Friendship V of the Bar Harbor Whale Watch for 3.5 hours offshore. I was really hoping for a Great Skua – my real reason (legitimate excuses aside) for this trip, afterall – but it was a rather slow day on the water. But hey, any day with a jaeger is a good day in my book, and we saw 3 Pomarines. 18 Northern Fulmars were a treat, but birds-of-the-trip honors goes to a rather unseasonable Manx Shearwater.  A single Great Shearwater, Black-legged Kittiwake, and a measly 3 Northern Gannets were all we could muster. Apparently, those northwesterly winds that finally gave me my flight at Sandy Point also pushed sea creatures out from these waters! 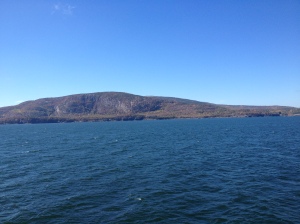 It was a quick trip Downeast, so I was home by Monday night, and in the morning – following a night with a return to southwesterly winds and no visible migration on the radar – Jeannette and I headed in the other direction. A ridiculously gorgeous day (light winds, temps in the low 70’s!) encouraged us to spend all daylight hours outside and birding hard, covering our usually route between Kittery and Wells.

As usually, Fort Foster provided the highlights, led by a White-eyed Vireo and an Orange-crowned Warbler.  Another Orange-crowned was at Seapoint Beach, an “Ipswich” Savannah Sparrow was in The Nubble neighborhood, 12 Brown-headed Cowbirds were at the feeders behind The Sweatshirt Shop in Wells, and Community Park hosted a Nelson’s Sparrow (ssp. subvirgatus).

Ten (and a half) species of sparrows (Eastern Towhee, Chipping, Savannah – plus “Ipswich,” Nelson’s, Song, Lincoln’s, Swamp, White-throated, White-crowned, and Dark-eyed Juncos) and six species of warblers (Orange-crowned, Black-throated Blue, Pine, Palm, Yellow-rumped, and Common Yellowthroat) were tallied, along with six species of butterflies (including a few dozen Monarchs).  Throughout the day we encountered lots of Yellow-rumped Warblers, Song and White-throated Sparrows, along with most of the regular October migrants from Horned Grebes (FOF) to Ruby-crowned Kinglets.

So there you have it. That’s just a sample of what mid-October has to offer here in Maine.  What’s left?  Finding that “Mega” rarity of course!