Over 2,000 migrants. 45 species, including 17 species of warblers. Yeah, it was a good morning to be at Sandy Point! 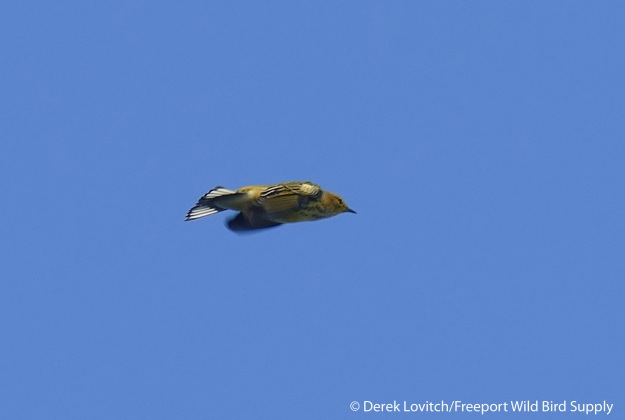 I arrived, as usual, a few minutes before sunrise, but unlike most mornings, birds had already begun to cross. And once the sun crested the horizon, the floodgates open. OK, so it wasn’t “Warblergeddon” at Cape May, but it was fun for me and it was an excellent flight for here.

Well, mostly fun. A lot of birds were high, especially as the wind went calm. Big pockets of birds were just too high to identify. I did my best to just keep count. Birds were dropping into the trees on both sides of the road, others were zipping through underneath. As I focused on something in the elm, I am sure I missed birds overhead. It was tough to keep track, but I did my best. 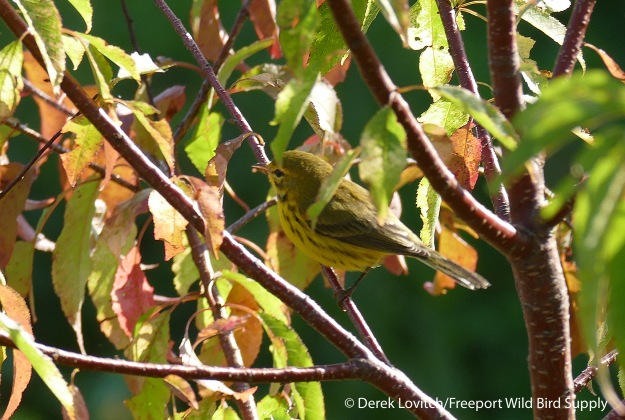 By the time I departed at 9:30, the tally was the 7th highest I’ve had at Sandy Point (the 6th highest in September), and by far my best flight of the season to date. It also had some interesting birds, and I’ll analyze some of the numbers below.

Black-throated Blue Warbler, male. Look at how the “pocket hankercheif” is blown out by the low sun angle.

Several counts were noteworthy, including the two record highs. Tree Swallows usually don’t bother crossing from the island to the mainland via Sandy Point, but more often continue on to the south, crossing the bay with little trouble. Plus, most swallows are probably moving through after I depart in the morning. These birds, mostly in one large and a couple of small groups, were funneling over the bridge along with the rest of the typical Morning Flight migrants. Meanwhile, the 5 White-breasted Nuthatches were noteworthy as I usually see no more than a couple all fall here. The previous record for a single morning was two.

As for the higher counts, I was surprised by how large of a percentage of identified migrants were American Redstarts compared to Blackpoll Warblers. However, I think this is an “identification bias.” Redstarts are the easiest warbler to ID for me in flight, and few pass through at almost any height without being identified. I doubt many of the overwhelming “unidentified” count were redstarts. However, I would wager that a sizeable percentage of them were Blackpoll Warblers. Based on the date and what I’m seeing in the woods these days, there should have been a lot more blackpolls. However, these strong fliers are often very high overhead on light winds, and my guess is that the diminishing westerly this morning was of little consequence for them, and that a lot of those little dots overhead were blackpolls.

Yesterday, I was lamenting not being at Sandy Point. The conditions were great in the morning, and the radar was quite good overnight. However, I was guiding in the Camden area, and at least a little morning flight (ca 100 birds) flew over and through Merryspring Nature Center Park in town. It was a tease to think what might have been going on at “my office” however.

But last night’s radar was even better! Here are the very active 10pm, 12am, 2am, and 4am radar and velocity images from the overnight. See how much was offshore, even as of 4am? 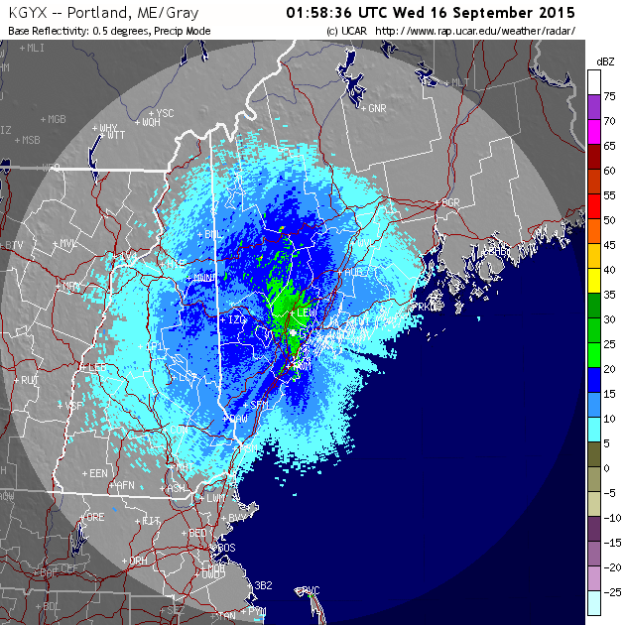 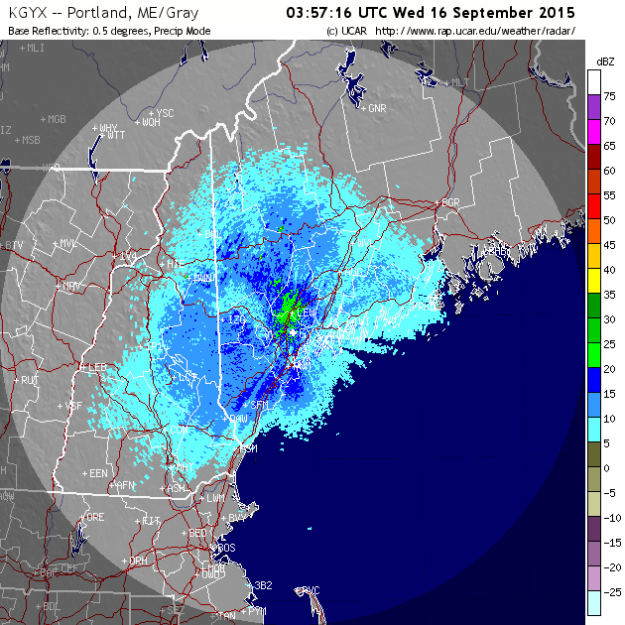 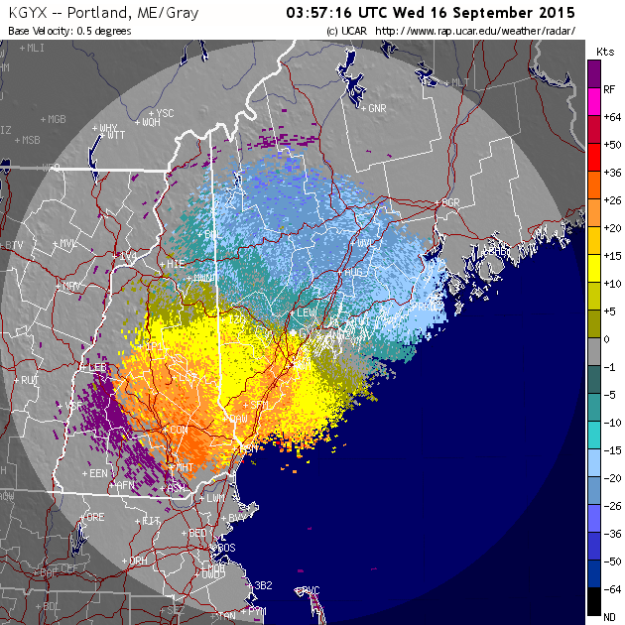 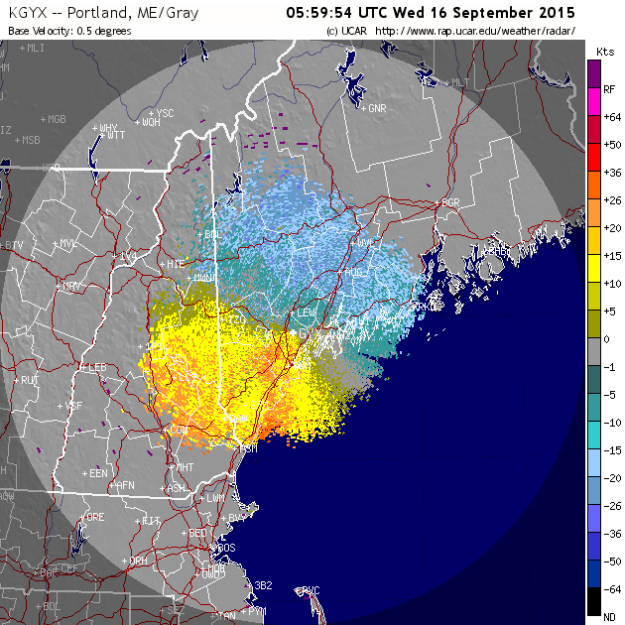 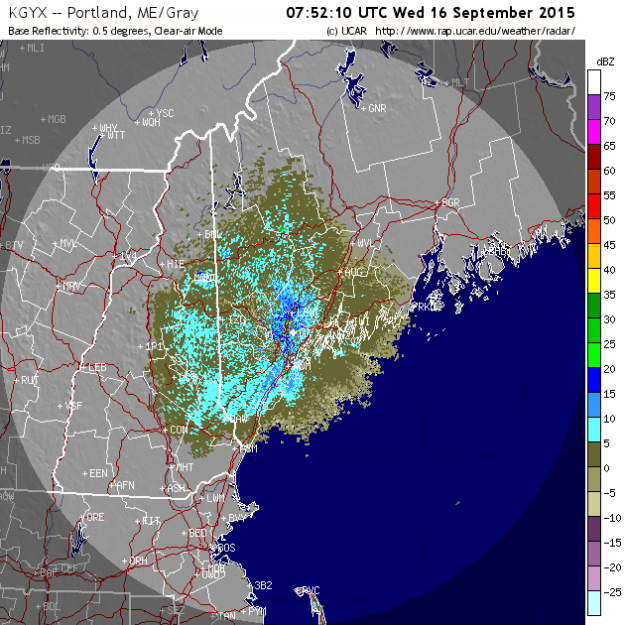 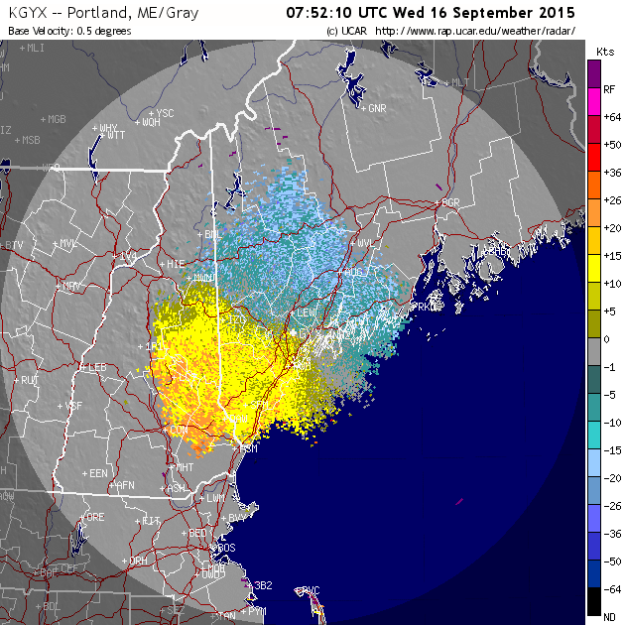 And come dawn, the winds aloft were perfect for a good Morning Flight at Sandy Point. 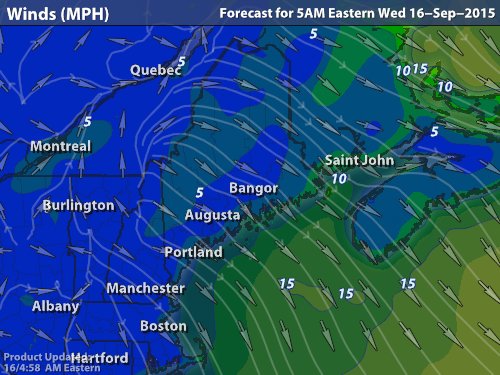 In other words, that’s what produced 2,000 birds at Sandy Point, and with a busy schedule this fall, I was quite pleased to catch one of the big ones.